In city apartments there lived a married couple. They had a pretty set routine, husband use to work in large IT firm and go to work early in the morning. After he comes back in evening he used to fight and scold his wife continuously, eat dinner and go to sleep. 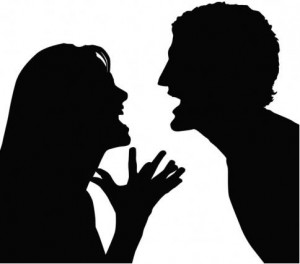 In the next apartment, there was a college girl who came to study in the city and use to observe this. She felt bad about the couple specifically about the wife, but since she didn’t know them, she remained quiet and sadly kept observing them.

One day suddenly she saw that the husband came into the house and instead of scolding his wife, he spoke very nicely and caressed her. They didn’t fight and sat together lovingly, the girl was very surprised and happy about the whole incident. But also felt a twinge of sadness that it might be temporary for a day or two.

Next day also she observed the same thing, the husband came, spoke nicely and there was no fight or scolding between them. It went like this for a whole week.

The girl was very curious and decided to find out what happened, why suddenly husband changed. She decided to follow him to understand. She followed whole day nothing happened but at the end of the day when he came out of office, instead of going home directly, he went some other place, she kept following him.

He reached a temple in a quiet corner near the local stand, there was a small stone just outside the temple. He came forward to the stone and started yelling at it, he shouted about all his problems and frustrations in office or life to the stone. Since it was a quiet corner place no one paid any attention except the girl who was noticing. After yelling and scolding the stone for around 10-15 minutes, he stopped took a deep breath and touched the feet of stone. Then he returned back home, the girl can make out that his face has turned happy and he has let go of all his anger on that stone near the temple.

The girl understood how the husband has found a way to vent out his Anger and live a happy life.