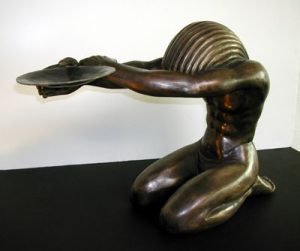 Long ago there was a beggar who came to a greatest and most powerful king and asked the king for alms.

The Beggar said, “If you are filling my bowl, promise me you will fill the bowl full”. King was surprised and kind of angry, saying “What do you think I can’t even fill a bowl?”. Beggar answered it’s up to you to decide but once promised you have to fill the bowl full.

King ordered best jewels and diamonds to be filled in the bowl, as soon as the bowl was filled it became empty. King was very angry and order more to fill the bowl. King could not give up and the whole kingdom was consumed but the bowl was still empty. King at last begged with the beggar why is the bowl not filling?