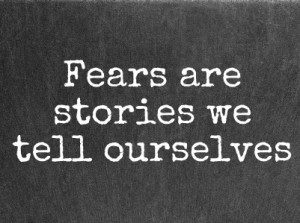 There lived a boy in small town. He lived with his parents and was always very cheerful and happy. He used to help his mother in household chores and was also good in studies.

One day there came a circus for performing in the town. He was very happy when his father told him that they will be going to the circus. He started dreaming about the circus how it will be, how many animals will be there, how they will be performing etc

Suddenly one day, his mother fell ill. And got very serious, the doctor said that there is no medicine that can cure her. Both he and his father were devastated, her mother died soon after some days. He couldn’t understand what happened and felt very very sad and depressed. In the meantime, the circus left the town.

Somehow because of this, he thought its because the circus that came in the village whole thing happened. And started fearing the circus.

Years past and now he is a man, he was doing good for himself and also taking care of his father, who was much older now. Then one day he heard that circus is coming, he still had everything fresh from his past, he got so scared that again something will happen. He went to his father and said we have to leave town because the circus is coming. His father was very old and bedridden, he said it is not possible since I cannot walk and also you have a good job and life in this town, we cannot leave all these.

But he didn’t agree, he left his father, his house, and town, just before circus came and because of this, his father couldn’t get further support and died after some time.

He got this news when he was on road and also heard that circus has left town. From that day onwards he never got out of his fear of circus.