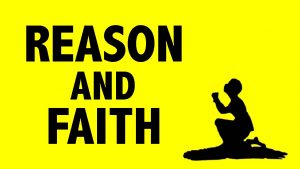 We believe, faith in religion has a direct correlation with Moral Conscience i.e Sense of right or wrong. It’s implied that a faithful person has moral sense hence avoid wrong-doings.
But, in the current world, it’s the opposite. An agnostic person being logical is more understanding of what’s right vs wrong. Whereas a believer justifies wrongdoing thru faith. Or can ask for forgiveness thru religious rituals and go ahead with it.
Can religion act as moral conscience compass? Let’s take a simple example; Polygamy in one religion is acceptable. Whereas in others it’s considered wrong. So is it wrong to have more than one partner or right? Similarly, there are many different interpretations between religions, in fact within the same religion as well. Moreover, there are manipulations in religious books or literature to ensure we live in constant fear or greed. Hence it’s very difficult to use religion as a moral conscience compass.
Religion currently is used to create fear and greed, to extract money and fame thru it. After all, religion is one of the most powerful business. And it’s beneficial for those on top in the religious pyramid to push it as fear or greed to ensure it blinds everyone.
I think, to truly understand the religion and use it as moral conscience, its interpretation should be thru reason and love rather than blind fear of faith. Then it can be used as a roadmap to a good life and give society a sense of right vs wrong.