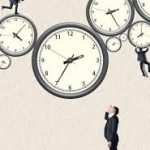 Let’s avoid these deadly mistakes to boosts our productivity:-
#Mistake No. 7: Working Too Hard
Don’t work too hard, work smart. Learn/study improve ur skills and work smart.
#Mistake No. 6: Consuming Too Much Content
Do you ever have a feeling like you’re at the mercy of your phone with constant pings, notifications, and calls?
TV, Social Media, News always connected with content, get away with these distractions.
#Mistake No. 5: Working In The Open
You’re working on something in a shared work environment like an open-plan office or library. You’re focusing really hard but there’s always noise. That printer whirring away, people chatting, doors opening and closing, someone’s phone beeping… There’s always something going on and if you’re not deeply into something, you’re going to lose that focus. And every time you do, that’s 25 minutes spent getting it back. That’s a huge waste of time, especially if you don’t have that kind of environment at home as an option.
#Mistake No. 4: Multitasking
A jack of all trades is a master of none, and that’s especially true when it comes to multitasking and productivity. When we repeatedly switch between tasks we lose up to 40% of their productivity. We also develop psychological problems with focusing and productivity, even when we are not multitasking. It’s tempting to switch to something when you have a brainwave about it but let’s not do it. It’s not worth it.
#Mistake No. 3: Forgetting About Quality Downtime
The first part is ‘Work hard’ but the second part is ‘Play hard’. And it’s important to add play-time to our schedules because without downtime, we get tired and our productivity suffers.
#Mistake No. 2: Copying Other People’s Routines
While there’s a lot we can learn from other people — especially successful people we admire — we’re all different. That’s why it’s important for us to have a unique routine that is bests for us.
#Mistake No 1: Not “Taking” Enough Help from Others
We live in times where we’ve made to think that taking help is unacceptable, but there’s also a lot of benefits that come from receiving support. If you’re offered help, take it. If you’re offered a shoulder to cry on when things get tough, take it. If you’re offered friendship, partnership, joy, camaraderie — take it.
Take as much as you give, especially if it’s taken from the people who want to see you succeed.